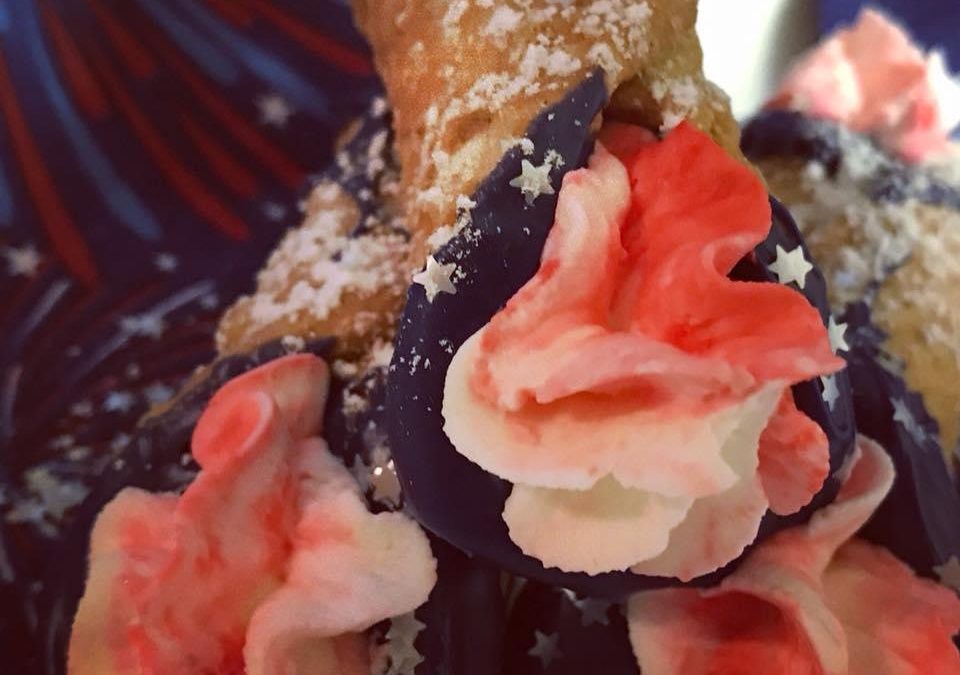 The Stars and Stripes cannoli is dipped in chocolate, filled with a red and white striped creme, and decorated with stars.

“I want to honor those who have served and those who have died for our country,” said Del Gardo, whose father is a veteran. “I just want to give back to the community. I want to help the men and women in Cincinnati – the veterans.”

The bakery held its grand opening October 17th, 2018 in Covington, KY. Del Gardo started the idea a year ago while experimenting with different flavors.

“I thought, there are so many coffee bars around here – I want to do something different,” Del Gardo said. “So one night I got in the kitchen and thought, ‘What makes a good cannoli? What can I do to push the envelope?”

36 different flavors later he decided to open Del Gardo’s Cannoli, and he is now known as the Cannoli Guy.

While not a retail bakery, Del Gardo’s sells its cannolis wholesale for parties, events, etc. In addition, the bakery is occasionally open in the evenings.

“Now I’m just getting work from all over the place and I can see what the future is for Del Gardo’s.”

Other ways to help for Veterans Day

In addition to purchasing from Del Gardo’s, if you are interested in helping veterans and are able to offer a donation, CERV uses all donations to conduct medical research that targets the crucial health needs of veterans, as well as to fund educational programs that help soldiers acclimate to civilian life after returning from combat. Donate to CERV Foundation here.